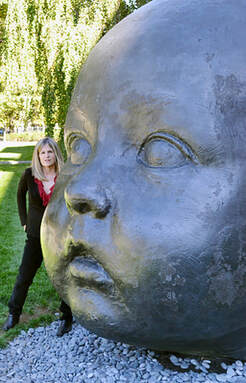 ANNA HOEY has a Master of Arts degree in Drawing and Painting, and a Bachelor of Arts degree in Art Education. She holds vocational certification for commercial art and is the owner of a private art studio where she produces fine art and commissioned works of art.

Anna is currently represented by Fogue Gallery, in Tacoma, Washington, and has previously been a member of a number of local artists' cooperative galleries, including Collective Visions Gallery in Bremerton, WA; The Verksted Gallery in Poulsbo, WA; Gallery Row in Gig Harbor, WA.

Creating works of fine art is one of Anna's greatest passions. She enjoys working in several different media including pencil (both graphite and colored pencil), watercolor, oil paint, acrylics, gouache, inks, and pastels. In most of her art works she uses a combination of media to produce the unique quality of art, which she continually strives to create.